The history of
World Youth Day

World Youth Day is a big event where hundreds, thousands, and even millions of young Catholics gather to proclaim their faith. But where did it come from and how did it all start?

On Saturday, April 14, 1984 before Palm Sunday, the Holy Year of Redemption, 1950 years after the Passion of Jesus Christ, Pope John Paul II held an international gathering of young people with over 250,000 in attendance.

When the UN proclaimed 1985 to be the International Youth Year, he issued another invitation to young people to come to Rome for Palm Sunday and again the response was huge with over 300,000 young people gathered in churches around the city. After two successful international gatherings, on December 20, 1985, Pope John Paul II instituted World Youth Day as a yearly diocesan celebration starting on Palm Sunday 1986.

(If you haven’t seen episode 1 where we talked about the reason behind the creation of  this event, go back and check that out before moving on.)

Starting in 1987, World Youth Day was celebrated for the first time internationally and every 2 to 3 years from that moment on in different host cities.

As of 2023, World Youth Day has been hosted by 14 different countries around the world in almost all of the continents. Europe has hosted it 10 different times; The Americas – North, Central and South – have hosted a total of 4; Oceania and Asia have each hosted 1.

As an international celebration, World Youth Day has had it’s finger on the pulse of the international community. It has often served as a symbol of solidarity throughout its history.

For instance, the first international WYD was in Buenos Aires, Argentina in 1987; taking place only a few years after the fall of a military regime. And after the fall of the Berlin wall, young people from Eastern and Western Europe were able to meet at WYD Czestochowa in Poland 1991. 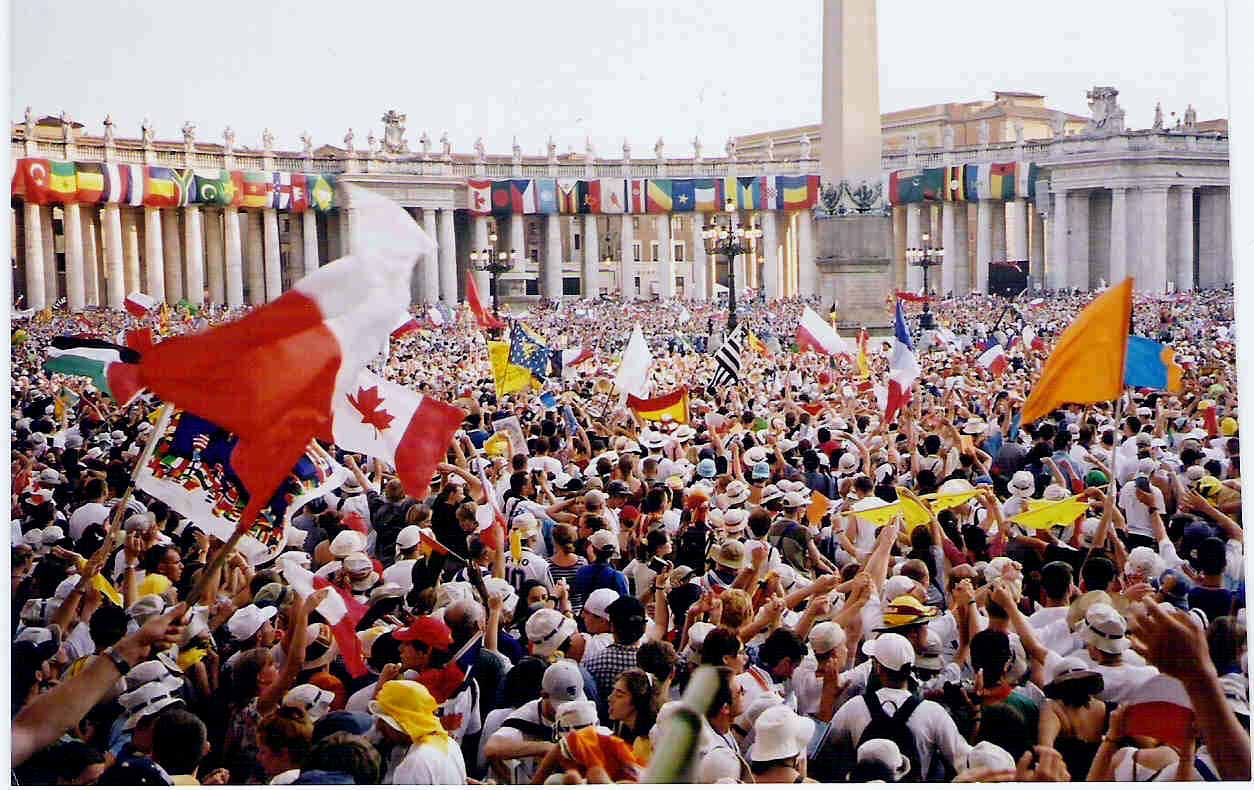 World Youth Day is known for its large crowds. Over the course of its history, quite a few had millions in attendance.

In 1995, world records were even broken when it was hosted in the Philippines! At the time, it was recognized by the Guinness Book of Records when over 5 million people attended the final mass at Luneta Park in WYD Manila. The crowds were so dense that the Pope had to trade his Popemobile for a helicopter to get through the crowds.